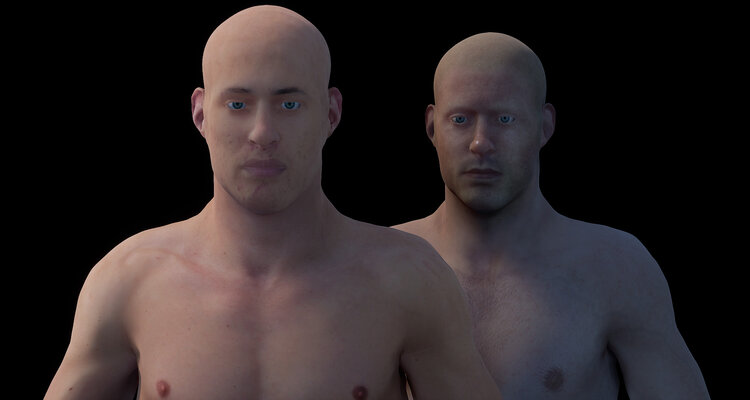 Welcome to another weekly wrap up. We had a busy week here at the office and have some great stuff to show off, we’ve also got an update on the current status of the 0.7 update which will be going live into experimental on the 31st of October.

We are gearing up for our presence at the Calgary international film festival. If you or someone you know is in the Calgary area, feel free to drop by and say hi! We will have some exclusive reels footage from the game and the 0.7.0 update. Our team members Mike and Victor will be there talking shop and giving away some postcards and other collectible Knick knacks. The festival will be held September 23rd through to October 3rd, our booth will be at the Eau Claire Cineplex.

As mentioned at the start of this update, we will be shipping 0.7.0 into experimental on Halloween. Experimental builds can be opted-in via Steam when they are available. They are singleplayer-only builds and are mostly focused on fixing any crashes that the client or the server may potentially encounter. One client crashing is not the same as a dedicated server crashing and ruining the experience of 40+ people.

Once major issues and any crashes that occur in singleplayer have been resolved (crash reports and feedback left in game is key) we will be spinning up the official dedicated servers while the build is still in experimental as the last phase of moving the patch from experimental to the current live version of the Closed Alpha.

Once 0.7 is out of experimental we will be moving 0.6 to a different branch on Steam that will serve as an archive. This is because we want to demonstrate very clearly where the game was and the direction that it is heading in.

WHY HAS IT BEEN TAKING SO LONG?

As we have stated multiple times, 0.7.0 is a massive overhaul patch. We started from a brand new Unreal Project while only retaining chunks of the old codebase as our starting point. This is so we could go through all of our assets and either reimport them from their original source or porting them from the old project by exporting the object and reimporting it into the new project.

We went through this entire process because of the issues that our old map was facing as well as the content having heaps of issues that were all related to the fact our content contained files dating back to 2016. This was mainly done for the sake of resolving multiple issues related to performance.

It makes far more sense to create a clean slate, use our existing content and move forward with periodic testing than to try and make what was already there work. It has been an admittedly painful road filled with a lot of long nights but we ultimately feel that this was the best path to follow in order to achieve a more realistic and more performant version of the game.

This is a brief list of bullet points that summarize some of the more important changes coming in 0.7.0. This is not a complete list of changes and we will be providing a final list when 0.7.0 ships. We are simply posting this to illustrate the changes that will be upcoming.

We’ve started implementing some of the changes to our character customization setup into the 0.7.0 build. Ontop of being able to customize the facial structure of your characters face, you will also be able to select different skin tones and textures.

We’re still working on getting some new hair and female characters implemented, along with better facial morphs and a default set of morphs for each different face. But for a first pass, we feel that this is a strong step in the right direction.

We have some clips from some newly developed map sections. The first gallery showcases a local campground in the Seebe area. A once lively weekend getaway left in almost vacant shambles… aside from a few brave scavengers and the infected. Table and ground loot isn’t apparent in these images as they are taken from the editor viewpoint.

The second showcase is a newly filled out gas station. A living monument to the looting, violence, and desperation following the outbreak. We are extremely happy with out LD teams success in creating a truly story telling scene. The density of not only items but also destruction really paint a picture of how the station became what it is, and what it was.

Thanks for tuning in! As the leafs turn brown and the crisp fall air sets in around Calgary, the team is more excited than ever to be in the office and get update 0.7.0 out to you survivors! We know its been a long wait but we know it will be worth it!

Till next time… Stay safe, stay kind, and take care!