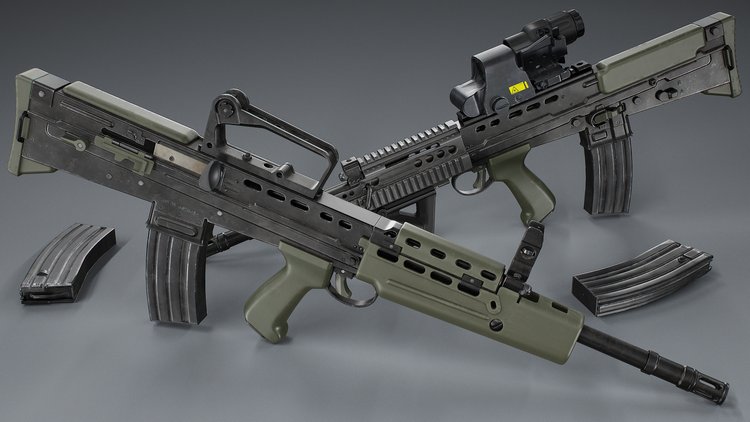 PULL UP WITH THAT BOOMSTICK

We  have finally recovered from the extraneous amount of work and follow-up  we put into 0.7.0 and our Level design team has gotten back to work  building out new areas. The residential area of Dead Man's Flats was one  we didn’t get a chance to fully flush out before the big update, but it  is now nearly completed.

Check out these awesome shots that truly capture the times of panic and dismay that ensued after the initial outbreak.

It’s no secret that 0.7 has far less hitching than 0.6 and this is due to how our level is more spread out instead of a series of canyons. We know that 0.7 is far from perfect in terms of performance. Our code team has done a profiling pass to isolate some of the performance issues that are affecting Dead Matter.

Our code team has discovered that optimization tools within the engine proved to not be doing their job due to some issues with World Composition and Cull Distance Volumes. Very few Actors in Dead Matter were being culled at a distance which effectively means we were rely entirely on dynamic occlusion which is completely insufficient for an open world game.

Our programming team is currently in the process of moving Dead Matter to Unreal Engine 4.27. UE 4.27 is where we will re-evaluate the HLOD system and determine if it is ready for use in Dead Matter as we believe there are some fixes that will improve our pipeline and make HLOD far more viable for us. We are also in the process of fixing Cull Distance Volumes which leads to our next section…

DEATH BY A MILLION CUTS

You may think that hearing the news that our optimization tools were failing us is bad news but it’s actually the opposite! Now that we know what needs to be fixed, we did a few tests by cloning the logic from the Cull Distance Volumes into our own Volume. We applied the draw distance values from the volume to the value that level designers would typically set and it worked. This allowed us to form our first test.

As a test, our Lead Programmer spent roughly 5 hours to do an optimization pass on the residential area of Dead Man’s Flats using a handful of different techniques that he’s picked up during his career. Upon completing the optimization pass, the level was running at a smooth framerate in the editor. After the lead established what needed to be done to improve performance he delivered a 5+ hour presentation to the Level Design Team on what needs to be done to improve performance.

We’ll have some results of what the LD team was able to do to curb performance issues by next Friday and we’re very hopeful that we’ll be able to bring a much better framerate to full release of 0.7 when compared to the 0.7 Experimental build. This process will take our LD team some time to finish but we anticipate that we’ll be ready to go for the launch of 0.7!

Currently the infected (due to the fact DMF can be filled with up to 100+ infected at a time) are causing a slight bottleneck on the game thread but our programming team is confident that they can cut the impact on the CPU by 50% by the time 0.7 launches. Our focus was on making them function and feel good before optimizing them further but based on how many will be in the world at a time we feel a pass is in order especially for people on older hardware.

We are also experiencing some issues related to Dynamic Light Shadow caching, we’re planning on implementing a few changes into the engine that will allow us to mitigate issues related to when, how and why shadows on lights are cached. We’re also planning on implementing the last of our graphical improvements especially because we need the ability to clip lights and doing this at an engine level would give us the tools we need to implement localized lights without shadowing.

We’re planning on updating our Engine Version to UE4.27 to asses if we can use some of the amazing tools Epic offer to help optimize our game in a way that do not compromise significantly on visuals. We also had issues with Cullling which effectively left the game in a state where none of our levels were optimized. Basic efforts showed to significantly improve the framerate this leads us to believe that there is a bright future for the game’s performance especially with UE5 and the power of the new open-world toolset around the corner.

Following  up with our backing promises, we have a Boomstick we wanted to show  off. This L85a2 will be going to animation and will be available in the  Bow Valley soon!

Another  skilled member of our 3D team undertook revamping our weapon lighting  and textures. We had noticed issues of weapons being too dark and  textures not showing their detail. These fixes speak for themselves in  the side-by-side shots. The appearance in-game will be equally as  noticeable! Featured below we have the MP7, The MP5, and the TEC 9. Expect more weapons to be revamped this way in the coming weeks.

Thanks  for checking out our latest update. We appreciate our dedicated  community members that continue to keep up with our progress. Our next  update will feature a small scavenger hunt similar to one we previously  ran, but this one will be a bit more involved!

Stay safe out there, Survivors!