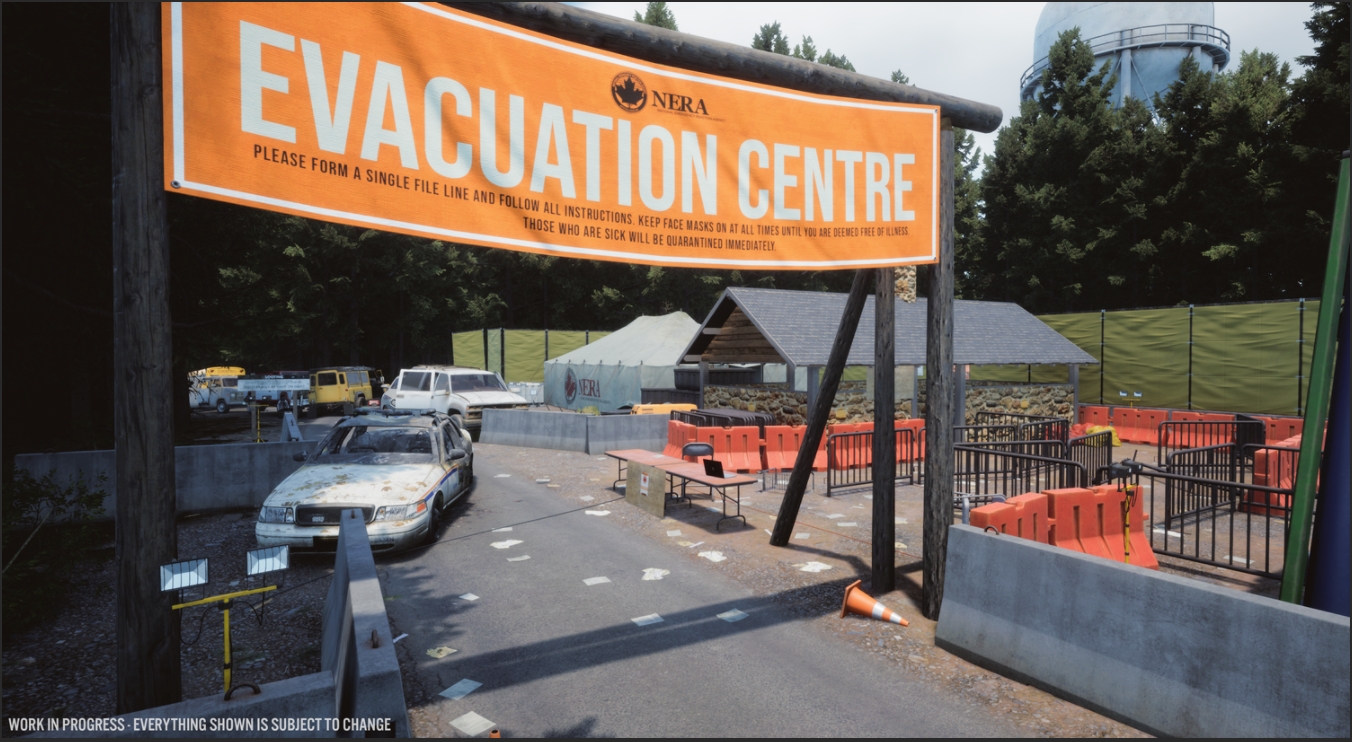 Hey there folks. With us now entering June, we thought now would be a good time to take a step back and look at what we’ve done over the last several weeks, and then touch on what’s coming as we move into June. Given the feedback we’ve gotten over the last couple of monthly roundups, we’re going to try and keep this one a bit more focused than previous roundup posts. Without any further ado, lets get into it!

A big chunk of the work coming from our coding team, and primarily from our project lead Nik has been overhauling how we handle lighting in Dead Matter. Our old system didn’t really look as nice as it could, and worse still had a rather negative impact on performance due to how complex it was in places. With that in mind, we’ve blended a third party solution for environmental lighting with a new engine-level solution for interior lighting that should make for a world that’ll feel a lot more convincing. To give a better look at that, we prepared a little video to talk about it:

This new system has already been fully integrated into our world design pipeline, and will be present in closed alpha version 0.7.0.

This month, we also gave the first early looks at our worldspace as we continue work on the overhaul it’s been getting. These changes are going to ultimately have a dramatic effect on performance, allowing us to address some major issues with hitching caused by UE4’s level streaming not playing well with how our old worldspace was laid out, while also allowing for a nicer looking and more genuine feeling worldspace alongside. Firstly, the Bow Valley has seen a rework to have its terrain laid out in a more gameplay and performance-friendly manner:

Beyond this, we’ve been also working on an overhaul of the environments found in our worldspace as well. We showcased a small comparison of one minor location that was present in the old version of the map that has seen some very substantial changes since  we’ve started work on our worldspace. As the location has gotten some additional attention since we last talked about it, we’ve decided to provide a slightly more up to date shot of the site, alongside the original area for comparison purposes. There’s a lot behind what we’re doing here, so we strongly recommend going back and reading the update we wrote about this - there’s simply too much to cover in a recap post.

Aside from these items, our month has been spent working on a fairly wide variety of tasks. Many of our old systems are being ported over rather quickly, and other systems have been getting a fairly substantial rework. We’ll be talking more about that this month, as there’s some very interesting work we’ve had on the go with our interaction system that should make for some much more interesting exploration gameplay while cutting down the overhead of our various interactable components in the game - this ultimately means we can get far more gameplay mileage out of these systems, while having them cause far less of an impact on performance. We’ve also had a lot on the go with auditing our assets and optimizing them or otherwise tidying them up where possible - a number of our assets were quietly producing a fairly significant and negative impact on performance, and others were hurting performance with material setups that made them look worse than they really should’ve while running worse than they should’ve. We’ll also have some cool new asset work to show soon as well - while many of our team members have been focused on cleaning things up and optimizing things for 0.7.0, others have been working on some content that’s long been needing replacement for quite some time for a variety of reasons, and these tasks are almost complete.

Overall, May was a productive month for our team. We’re moving ahead now with something more than a collection of assets and code that needs cleaning up, and development on 0.7.0 is snowballing quite nicely with these tasks finally being wrapped up. It’ll still be some time until 0.7.0 is ready to go out to our CA backers, however we’re all really excited to talk more about some of the work we’ve had on the go as we move into June. In the interest of keeping things short and sweet, we’ll wrap things up here and get back to it on 0.7.0 - June is looking to be an incredibly productive month, and we’re all looking forward to making some seriously productive strides forwards. Thanks again to all of our backers and community members for your ongoing support - stay tuned for next week; we have some interesting new things lined up to talk about that we think everybody will be interested to get a look at.