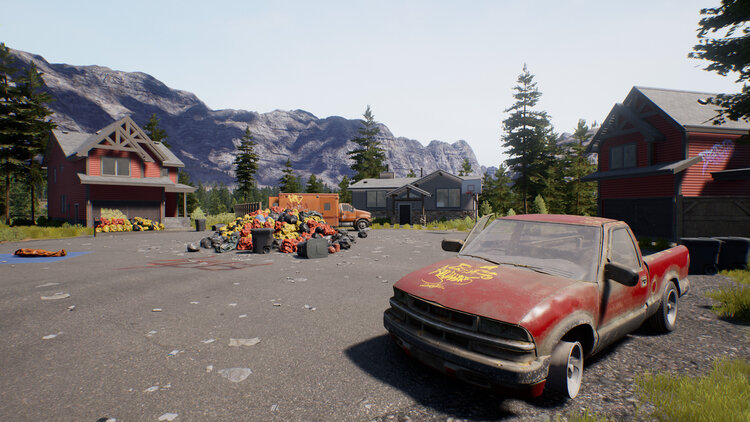 This’ll be a shorter update this week, since we’ve been focusing mostly on the final prep for 0.6.0’s full release. Most of our work over the last little bit has been focused on crushing the remaining few bugs. Given the depth of the changes we made, quite a few things have ended up breaking along the way, and fixing these issues can end up taking a significant chunk of time to ensure that the fixes completely address the issue. We’re aiming to have 0.6.0 soon as soon as possible, but we’d like to make sure it’ll be in a good place for our backers to test and play, so there may still be a bit of a wait until it goes out.

Given that our work has mostly been on this less than glamorous grunt work, we thought this week it might be interesting to take a step back and look at some of the more interesting bugs we’ve happened across and fixed over the course of the week, just to give a brief window into some of the work we’ve been doing.

This was something of an interesting case. With the changes to the nutrition system coming with 0.6.0, we’ve broken our food items down into portions so that your character isn’t scarfing down an entire box of oatmeal, bottle of ketchup, or bag of salt at once. Trying to reuse common code for the sake of ease of use and maintaining our codebase, we reused the same system we used for stackable items. This, however, had a somewhat unintended consequence. The stackable items system we built was intended for handling stacks of items that all weight the same, and their weight would increase with the number of items in a stack. When this conversion was done, a member of our coding team had a very brief lapse of judgement and didn’t consider the implications this would have on our foods. Since the weight of foods in the game had previously been set based upon how much food a full container had, it happened that a single portion of a given food item was suddenly what a whole box was prior to this change. This very quickly manifested during an internal test when we suddenly found ourselves toting around 10 kilogram bottles of ketchup, and boxes of basic food items like toaster pastries were consuming half of our character’s carry capacity. The issue was quickly fixed, however it’s definitely one of those minor bugs that caused a fair bit of laughter when we first noticed it.

The addition of the boxed ammo system was a fairly minor, last-minute addition we made for 0.6.0. This had been something we had promised would be present in Dead Matter for quite some time, and while it had been in a state where it was ready to add for a while, we finally found ourselves in a position to add it and so it was done quickly so that we could have it in-game and ready for folks to check out. However, with the other changes to stackable items that were underway at the same time, as well as how ammo boxes function, we suddenly had something of an issue with our economy.  Boxed ammunition in Dead Matter is a bit of a random surprise - the number of rounds is random, meaning that a box may contain very little ammo, or might be completely fully. As a result, they’re an extension of our risk/reward mechanics into the vendor system. While they’re guaranteed to drop at least a small amount of ammo (based upon the kind of rounds present in the box,) you may not always get your money’s worth out of it. The issue is that with all the other changes we had underway with our economy to facilitate the additions we’d made to the crafting, medical, and food systems, boxed ammunition had briefly been forgotten about in the lurch. As a result, in many cases a single round of a given ammunition could cost as much as 4-5 times more than a box of ammunition. Internal tests quickly revealed the oversight, and the issue was fixed shortly after.

- Distraction ‘grenades’ (thrown cans, etc.) no longer pretend to be the player character

This one was a side effect of the changes we made to the way various items were handled and our inventory system. Because of how item spawning/creation was handled, the new system wasn’t able to spawn in soft drinks as it had previously, meaning our vending machines were all eating your money and giving you nothing for it. Fixed now!

Due to the changes in how infected spawning works in 0.6.0, there’s been a number of unusual issues with them as we iron out the last few critical bugs on this first pass. In the experimental builds we put out to the public, this manifested on the shooting range with the infected not spawning at all, as the spawn system used there was quite different from the one used on the main Alberta world map. The issue was quickly looked at, however the first pass fix didn’t quite work as intended - the specialized spawn system for infected on the shooting range used a modified version of our player spawner. Unfortunately, with the changes to how spawning works on the backend, this suddenly meant that the player character was now sharing spawnpoints with the infected. Bad times were had by everybody, and the issue was very quickly fixed.

- Fixed all buildings on map chasing player around

As you can imagine, these are merely some of the most interesting bugs we’ve found ourselves having to fix to finalize 0.6.0. Alongside these have been a number of minor tweaks and fixes, as well as adjustments made based upon the feedback given from our CA backers. Provided nothing else ugly rears its head, we hope to have 0.6.0 out the door as soon as we can. In the meantime, that about wraps things up for this post. Stay tuned for further updates, and thanks again for all your support!