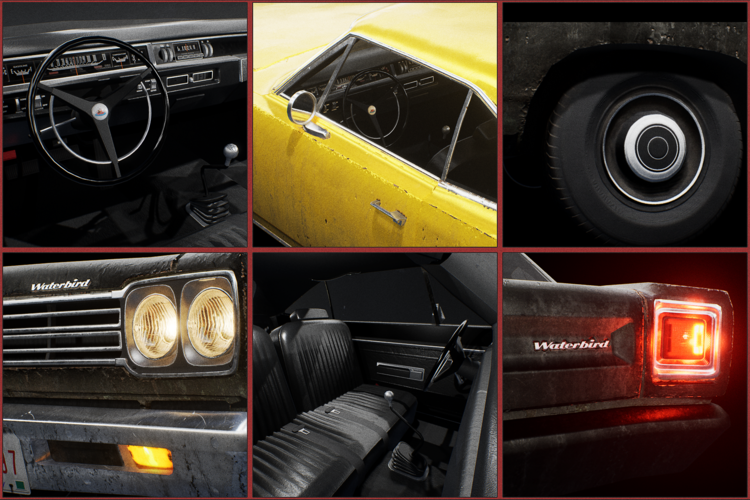 Howdy folks. It’s that time of the week again where we talk about what we’ve had on the go, and what’s coming next for Dead Matter.

Work on the full version of 0.6.0 is reaching its completion. Over the last week, we’ve been focusing on getting some final fixes in place for critical issues, polishing up bits of content that were a touch underdone, and getting ourselves ready for what comes after 0.6.0. While this update won’t be super exciting as far as content additions go, there’s still a number of fixes we’ve been working on that we wanted to take the time to polish up, so lets talk about some of what’s been going on (and why things have been taking longer than expected.)

Firstly, there were a number of issues with items being saved. While this is nothing new for the CA, we are addressing this in 0.6.0 with a new system for serializing content so that everything is properly tracked and saved - vehicles, claims, furniture you stole from a house and then piled into a mound in the middle of the street. The issue has been that some of our various systems, due to their unique functionality and requirements, just don’t quite work like other systems in the game. Given that we’re trying to ensure that everything saves like it should, we’ve opted to take the necessary time to make sure that everything actually does save like it should. Last week, the major issue with this was our vehicle system. Vehicles had a number of issues in both MP and SP that resulted in things not being saved as they should - there were some odd cases of vehicles being duplicated in MP upon saving and loading, as well as problems in SP where vehicles would just not save at all. Items placed in the trunks of cars and the like weren’t being properly saved, and at one point there was a case where vehicles were having their locations saved just slightly incorrectly, resulting in them being placed underground and falling into the void, never to be seen again. All of this would put something of a damper on actually playing the game, so we’ve been working to ensure that these issues should no longer be present. The vehicle system as a whole has had a number of critical issues, and will be seeing a larger-scale rework in the future, however for the time being this should ensure that you can at least rely on your vehicles staying where you parked them (provided nobody steals them, of course,) and that anything you leave in the trunk will be there when you get back (again, provided nobody steals what’s in there.)

Along with that, we’ve been cleaning up a few things related to the item system in the game. As we touched on last week, the changes to add weight to items in the game had a number of knock-on effects on the various pre-existing items we already had, and this required a number of specific issues being addressed to make sure all of our items actually worked properly. Many of our items that could be stacked had one of two main issues - either they were a food item that needed to be broken up into individual portions (most people don’t eat an entire box of toaster pastries in one go, though no judgement if you do,) in which case the weight of the item was multiplied by the number of portions present, resulting in food items weighing way too much, or smaller items that are primarily meant for crafting ended up weighing far too little. Related to this was the fact that stacked items also needed a special setup to ensure that their weight incremented properly the more items were present in a given stack. Both of these issues have been addressed, which should ensure that the new weight mechanics for the game work properly, and that you can carry around food without suddenly finding yourself overencumbered because you picked up a couple loaves of bread.

Alongside bigger families of issues such as the above, we’ve also been fixing smaller persistent issues that have been present for a while as time allows. Things such as being unable to eat food items that are placed/dropped in the world has been readded, so that you’re able to share food with your friends and even use a table to eat if you so choose, and we’ve put together an interim fix for a persistent issue we’ve had with jittering while crouching. While the current fix is not a permanent one, the later fix will be extremely time consuming to fix due to the bug being the result of a networking issue, so for the time being crouching should at least feel better to our CA Backers. In the same vein, we’ve also fixed some issues with leaning that caused some jittering (this one a more permanent fix,) to make our traversal and movement feel a touch better.

This is not, of course, an exhaustive list of every issue worked on over the last week. We’re doing all we can to move Dead Matter back in the right direction, and there’s still a lot to be tackled. That’s simply not possible to do in a single patch, but we can still do all we can to make this a proper step forward. We’re working over what we hope to be the last few hurdles for 0.6.0 so that we can get the full version of this update out to our CA Backers as soon as we can.

Before we close out this week’s update, we wanted to put out a small mention for anybody who contacted our support address looking to receive a refund and did not see a response - there have been some issues with the way our emails were being marked with a number coming through as spam. If you have not heard back from our staff within 2 business days, please do not hesitate to get in touch again. For anybody who might’ve missed our previous posts about this:

If you are seeking to obtain a refund for the game, for whatever reason, please do not hesitate to contact our support department at support@qisoftware.ca

Until next time, thanks for all of your support, and we’re looking forward to the next time we have something to share.