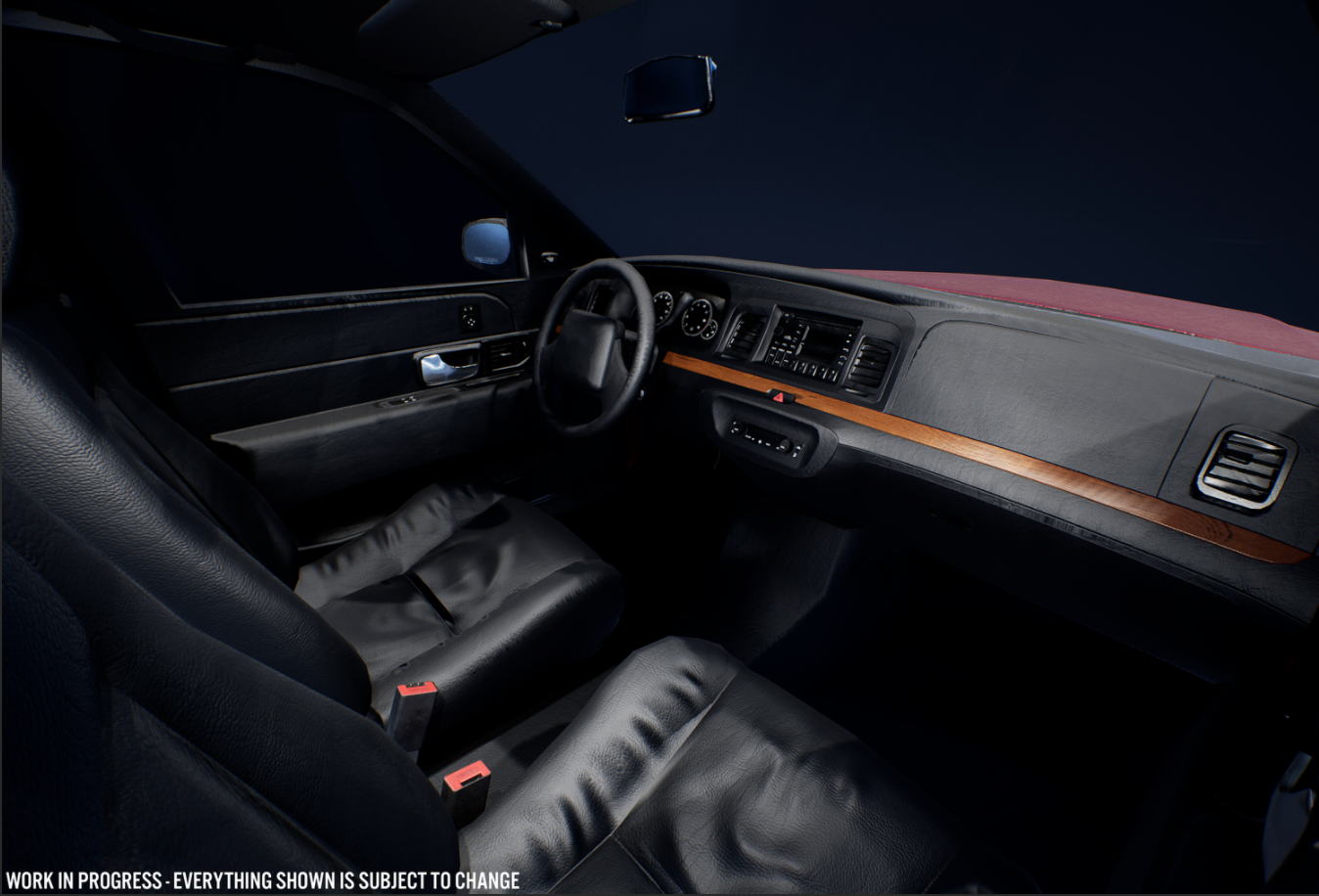 Hey there folks. It’s that time of week again, and we have a bit of cool new stuff involving some performance improvements we’ve been working on with our assets that will be introduced with Closed Alpha patch 0.7.0. We’ve given a little sneak preview of these changes previously, but we’re finally in a position to talk about them in depth. Lets not waste too much time getting into this one, because there’s a lot to go over for this update.

ON THE ROAD AGAIN

In past updates, we’ve mentioned that we had some pretty major work on the go with our vehicle assets. It’s fair to ask just why this would be considered an important focus for 0.7.0, especially with the noted performance issues the game has had up to this point, but vehicles were actually a pretty serious contributor to performance losses in previous versions of the Closed Alpha. Beyond code issues that resulted in extreme performance issues (both for clientside/single player users and for servers,) the art assets used for our vehicles had some pretty major optimization problems that seriously impacted both streaming performance - causing the game to hitch badly as they were loaded in - as well as serious overuse of memory as their textures were loaded by the game. While we had known this was something that would need to be addressed eventually, because our team was very small up until recently, there just wasn’t the time to dedicate effort towards fixing the issue.

As our team has been growing over the last year, however, we’ve slowly found ourselves approaching the point where we’ve been able to properly devote our efforts to cleaning up these issues.

Previously, all of our vehicles used a ton of material slots to dictate how the various parts of them look. Each of these materials requires additional system resources to render them, and also load in a number of additional textures. One major part of this rework of the assets was focused on cutting down the number of textures used for each vehicle, while also taking the time to make them look nicer - since we’d been expecting we would have to rework the vehicles eventually, nobody wanted to waste time adding effects to them, just to throw those out once this rework has started. Now that we’re working on this, however, we’re able to both make our vehicles more performance-friendly, while also making them look nicer at the same time. By relying more heavily on procedural materials and effects, we can get more bang-for-buck out of our assets.

Now, this all sounds lovely in text format, however images are where these changes really begin to shine.

This here is the truck we’ve often shown in various vlogs and development videos. The new version (the one with wheels,) is far more performance friendly, while still managing to add some extra visual flair that wasn’t present in the earlier version. While the earlier asset for this vehicle was perfectly servicable, it’s one of the oldest assets in the project and so doesn’t really stand up to modern visual standards for assets. The reworked version keeps the look and feel of it intact, while having a touch more visual flair and running much better than the earlier design we were using up to this point.

Of course, these changes don’t stop with the exterior.

These changes to how vehicles are handled have also been extended to the art used for their interiors. As our aim has always been for the interiors of our vehicles to be far more interactable, this revamp has aimed to up the visual fidelity of our vehicle interiors. Through the use of standardized families of assets for our vehicles, we’re able to properly convey the era and styling of a vehicle’s interior, and easily convert our other vehicular assets over to this standard, while also eking out additional performance from our vehicles thanks to the optimizations we mentioned previously.

While there’s still plenty of work to be done converting over all of our vehicles to this standard, given the changes we have underway with our worldspace, vehicles will become more important than ever in Dead Matter. Because of this, work on this will be ongoing through to the launch of 0.7.0 to ensure that all of our vehicles meet this new standard for performance and visual fidelity.

Of course, we’re also aiming to have some new vehicles make an appearance in updates beyond 0.7.0, and have some cool plans for where our automotive sandbox will be going in the future….

Aside from work on vehicles, a ton of other work has been underway on 0.7.0 over the last week. Our quest system has been seeing a close look to ensure that it runs well and can easily be worked with, NPC functionality has been seeing an additional pass, level design work has been continuing at a steady pace, our audio department has been hard at work implementing a new pipeline for audio assets that should mean we can iterate far more quickly and aggressively on the game’s soundscapes, and work on addressing outlying performance issues with our assets has also been underway at a decent clip.

That’s all for this week - as always, we’ll be back again next week with another look at the content we have underway for 0.7.0. Until then, we’re grateful for your support, and look forward to coming back to you with another new look at what we’ve been working on.