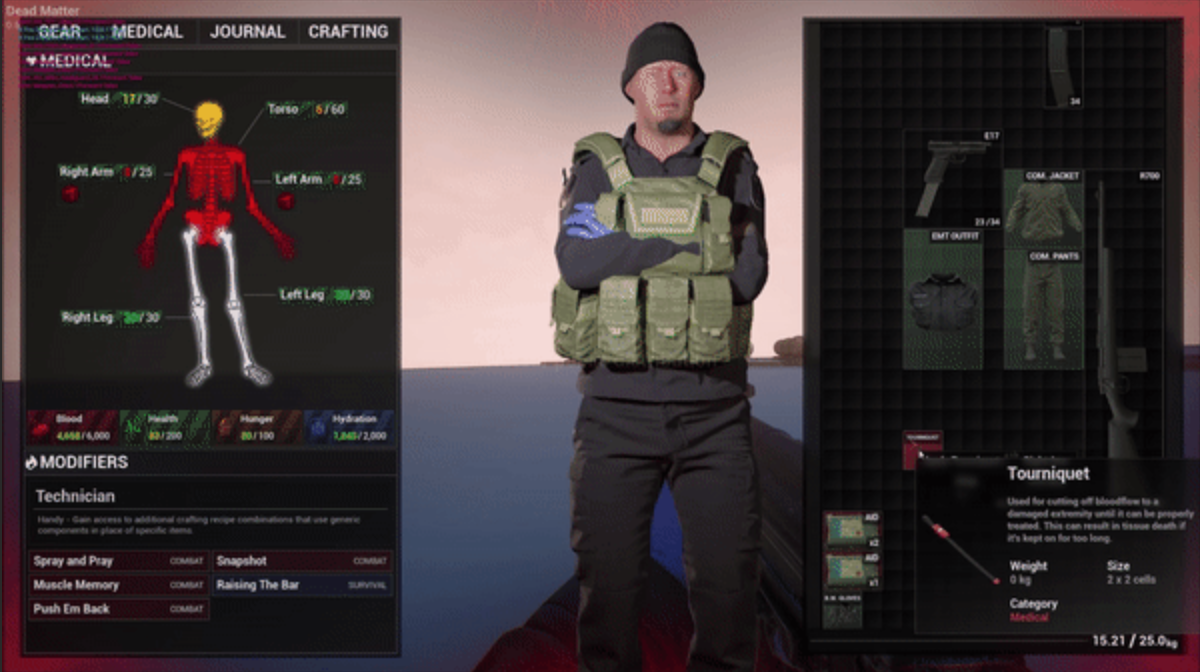 We wanted to drop in and give another weekly update on where we are with development. The last week has been incredibly hectic, so apologies in advance if things seem a bit scatterbrained or ramshackle. Late Sunday night, we pushed our 0.6.0 Single Player Experimental build that allowed our backers to test an early in-progress build of the next update for the game. As to be expected of an in-development experimental build, it had more than a few issues, and we wanted to get as many eyes onto it as we could to track down issues and hammer them out before we pushed the build as the "real" 0.6.0. Big thanks to the backers who contributed to the bug hunting on this build, as it allowed us to identify a number of critical issues, fix them, and then release a second experimental build of the game on Wednesday. Our backers have continued to test this build and give feedback on the changes we've made, which should allow us to ensure that 0.6.0 will function fairly well. Going forwards, we're continuing to finalize a number of changes before we go forwards with the full build of 0.6.0, and that should be seeing a release in the next little bit, pending a few final fixes for optimization and bugs that have crept up on us.

This last week has been crazy busy, with a ton of smaller issues being our focus, but there’s still a number of cool things we’d like to show y’all that we’ve been working on.

As part of the changes to the medical framework we've been making to the game for 0.6.0, we've been adding or expanding the functionality of a number of our medical items to make them work, or work better. For lack of a better way of putting it, things used to be more than a little bit crap, with numerous medical items not working, or barely having a functional set of systems backing them. Alongside these old items, we've also been making a few small additions where possible to help expand our medical system or provide multiple ways to treat different conditions.

One of these new additions is the tourniquet.

The tourniquet, much like in the real world, can be used to stop serious bleeding that you're not able to treat with the supplies you have on hand. For serious injuries to your arms or legs, you can use a tourniquet to stop bleeding temporarily until you can find or craft a suture kit to properly treat your injury. This new item - in both ready made and craftable variations - will be available to our CA Backers in the full release of 0.6.0.

Alongside this, we've been making a number of changes and fixes to how the inventory system works. As many of our backers have noticed, in previous versions of the game you're able to nest backpacks without issue in Dead Matter. This was a temporary state of affairs, however. From a design perspective, we think it's ultimately fine if players are able to repeatedly nest backpacks, as our new weight system makes it far less useful than it might initially seem.

Even in real life, you can put a backpack inside of a backpack. This isn't anything groundbreaking. While we realize we’re stating the obvious here, the reason people don't do it is because you've simply added an extra layer of 'wrapping' to the items you wish to retrieve from your backpack. Alongside this, it only adds additional weight and bulk to what you're carrying, making it something of a waste of time. Instead of aiming for an arbitrary restriction on this, we’d rather use real life as our model for this, since it allows for more interesting problem solving. Our new weight system means that you now need to pick and choose what you carry in the game, and nesting backpacks has no real advantage. While the system is still being balanced, the main aim is that everything you carry will have something of an impact on your decision making. While a half-eaten box of granola bars may have less food in it, it weighs less than a full box, which may mean you're better off opting to take the partially consumed box for the sake of preserving carry capacity for any loot you may find. While we're still currently dialing in the values of items to have their carry weights properly reflect their contents, the first pass on this will also be present in the full release of 0.6.0.

Finally, we've spoken a number of times over the last little bit about the new character art we're adding to the game for 0.6.0. For this update, we're featuring three new outfits that you'll be able to find for your character. Our core focus is on the outfits you'll start with for your character, as dictated by your character's occupation. Many of the clothing items used for this purpose are currently greatly lacking, and don't meet modern standards for how character art should look. To that end, 0.6.0 will feature brand new outfits for the RCMP and EMT occupations:

Along with those two new outfits, we've also been working on some clothing that will allow us to introduce something of a more accurately Canadian bent to our setting - found commonly in just about every milsurp store from coast to coast, the old combat uniform of the Canadian military is something of a cultural standby now, and is near-ubiquitous among rural Canadians and younger folks looking for a trendy new jacket. Among the various survivor groups in Dead Matter, you can be sure you’ll find bits and pieces of this outfit in use regardless of their faction allegiance:

Going into the next week, our focus is to finalize and release 0.6.0. We have a number of new things we've been itching to get started on, and can't wait to get our hands onto the new tasks at hand. Once we can get 0.6.0 out the door, we're excited to begin talking about some of the changes and planning we've had on the go behind the scenes, and being able to fully pivot our resources that way is something we look forward to being able to talk about. Again, apologies if this update is lighter on content than you might’ve hoped, however we’re mostly heads down and focused on getting 0.6.0 finalized so we can move on to bigger and more exciting changes.