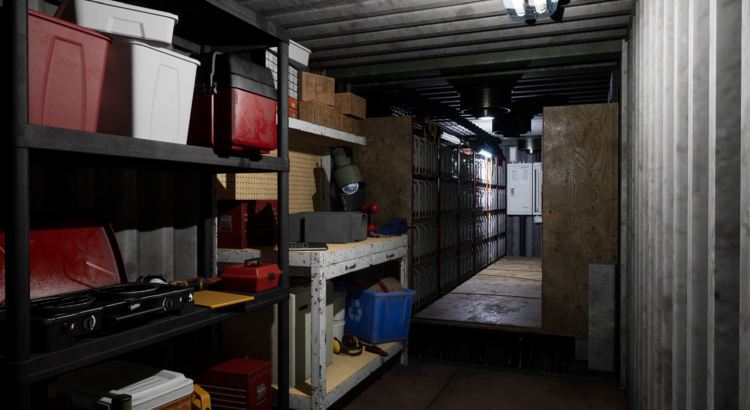 With the end of August fast approaching we’ve got a brief little update from some of the work that was done this week by the Dead Matter team.

Over the last month we posted a sneak peak of the final iteration of the Alberta map, Updated AI, as well as new clothing and weapons! The team has been driven to get things in better shape for 0.7.0. We appreciate the patience thus far, 0.7.0 is a major refactor and we are aiming to achieve feature parity with 0.6.0 which is why this patch has taken an enormous amount of time.

Our updated shooting range which is also now a tutorial level will welcome players new and old to the newly added features and mechanics. The new SKS will be sending corrosive lead into the brains of infected and Survivors will be looking fresher than produce in their new starting profession skins.

With fall around the corner in Calgary we have been bundling up in the mornings. The fit of choice? Obviously, the classic bomber to match our greased back hair. All jokes aside while our programmers and level designers plug away at fixes and improvements for 0.7.0 our artists are hard at work build assets for in game. What does this mean for you survivors? It means more content, and sooner, following the big update.

TIME TO GET TACTICAL COMRADE

We have some really exciting pieces to show off. These are all the attachments for the SKS we showed off last week. Our 3D artist Adam knocked it out of the park on these. Everything from shrouds to rails to extended mags, Players will be able to customize their Russian boomsticks to their hearts content!

Carrying on with our SKS showcase from last week in a different light. We have some amazing variants to show off! These are based of some very well know American synthetic chassis designs. These also allow the player to customize the weapons. Being that the SKS is a common non-restricted weapon in Canada, many shooters do dedicated builds to have a fun semi-automatic carbine that won’t break the bank. These kits in their real-life forums are extremely hard to get ahold of as they sell out fast! Some could say that these SKS variants are a bit… legendary.

With Dead Matter we feel that while we have a lot of firearms in the game, the non-military / police weapons have been a little too skimpy in comparison.

The SKS is the first in the next batch of firearms that’ll be dropping over the next few patches. We want to make sure that there is not only variety, but firearms that with some modification and perhaps a larger magazine can remain competitive with some of the top-tier weapons in the game.

Call it another sneak peak as well but we have some screen shots of the main menu. It’s a small but fine detail we take pride in especially since it’s the first thing that players will see when logging in. They reflect map changes and an overall improvement in our level design department. You can also see the new lighting and reflections setup at work, you can kiss the gross smeary patterns like these goodbye while you’re inside of a building.

Some of these scenes will be used for the character selection and creation level but we will leave that up to you to figure out which is which.

Well, we survived August. Hope all you survivors out there are staying well and healthy. Don’t forget to stop by the Discord and let us know that you’re still alive.

Stay tuned next week for another update where we’ll be showing off the refactored vehicle system which should get fans of Vlog #10 excited!