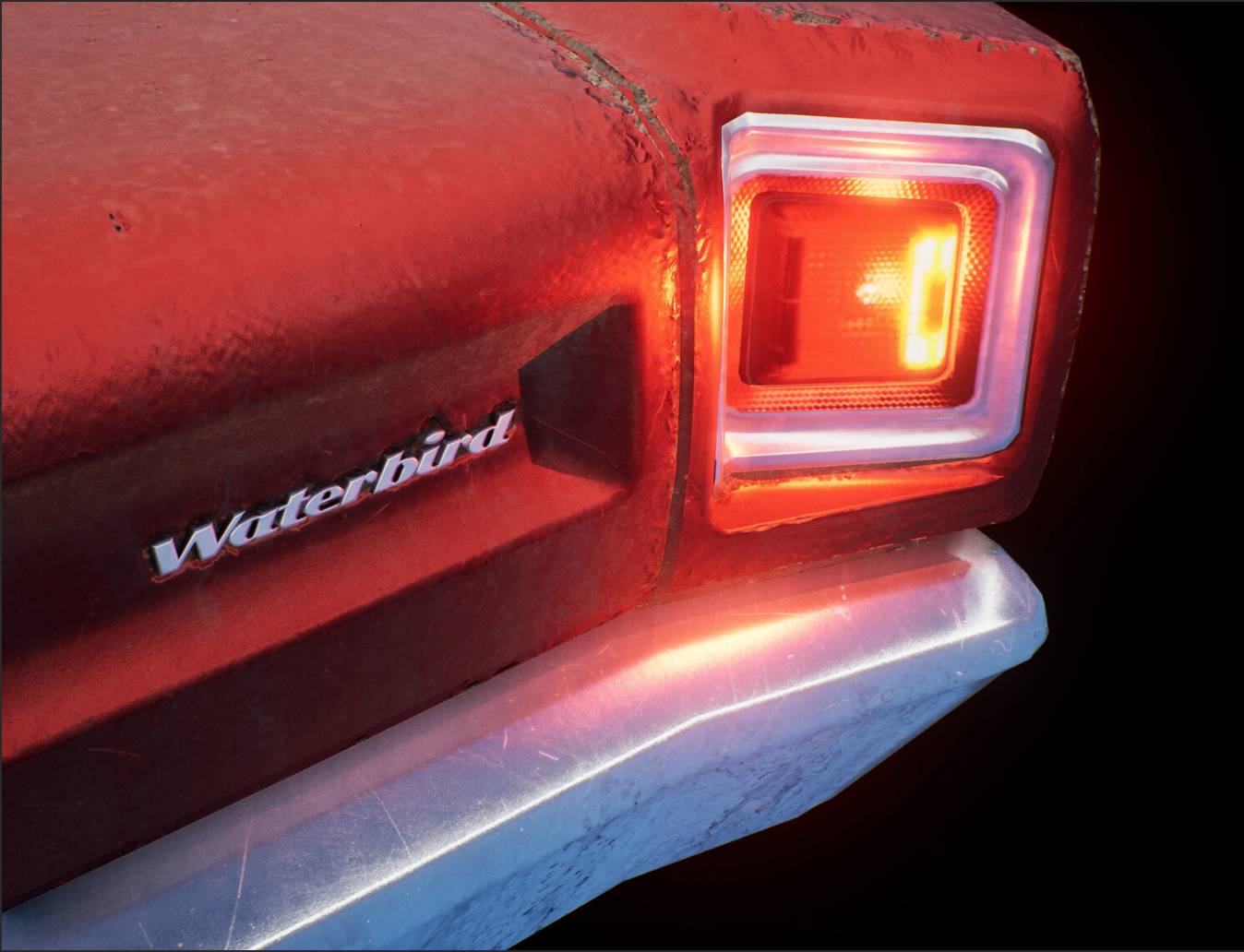 Hey there folks, its time for another weekly update. Sorry to everybody for this update going out a touch late - unfortunately our Studio Manager, who prepares these posts, was sick and so there was a bit of a delay with it going out.

Over the last week, there’s been a lot more of the same work underway as in past weeks. Our programming team has been carrying on with their work of auditing and preparing the codebase for future development. While work on this has been steady over the last few weeks, we’re still not quite at a point where the game is functional as a game. We’ve been continuing to dig into our systems and reimplement them into the engine as they’ve been given the all-clear, and thankfully some of this has been rather quick to get done - systems such as the stat manager, used for handling survivor health/thirst/etc. has been easy to reimplement and is fairly clean, requiring little work to hook back into the game’s systems. While none of this is quite in a state where we’re able to showcase it again (more on this below,) we’re trying to prioritize having a functional game to make testing other components far easier.

Another portion of the game that’s been seeing some love lately has been our animation system. When most folks think of animations, they tend to think of the art side of the task, wherein animators work to build animations for a given action or sequence. While this is critical to having animations that look good, so too is the code-side implementation of our animation systems. We’ve been putting in a significant amount of work on how our animation systems work over the last while, effectively reworking how entire portions of it function. There’s a number of animation and player movement subsystems in Dead Matter such as vaulting that have had nothing but problems since even prior to the launch of the CA, and these changes should allow for us to get these systems back in, and functioning properly. The other advantage of these changes is that these additions have also greatly expanded our options for animation tools - such as giving us far more capable systems for inverse kinematic-based animation. Inverse kinematics allow for a certain level of automation in animations, meaning that we can tell a given part of a character’s skeleton where it needs to end up, and the other parts of the skeleton will move appropriately to ensure that the given animation plays out properly, with much less work on the part of out animators.

Ultimately, what this means in more practical terms is that it’s faster for our animation team to actually create animations, and that things such as our third-person animation workflow (something that has historically been rather lacklustre in Dead Matter,) is now more streamlined than it was previously. Going forwards, we should be in a good position to begin addressing some of the deficiencies of our third person animations, and overall the game should feel a lot more enjoyable when you’re viewing other characters who are moving around.

Work by our art team on other aspects of the game has also been continuing at a steady pace. As we push forward on our world revamp, a lot of effort has been going into re-evaluating some of the choices previously made in our world design and art direction. Many of our assets were detracting from the look and feel of the game, mostly due to the styling of those assets and the atmosphere they bring with them - due to the international nature of our team, we’ve occasionally ended up with architectural assets that don’t really fit into the world we’re aiming to build in Dead Matter, for instance. Dead Matter is intended to be set in the mid 2020’s. However, many of our architectural assets end up feeling more like products of the late 1990’s, something more common in other places in Canada and the United States due to overall slower rates of growth and economic development throughout the opening years of the 21st Century. In places like Alberta where growth has generally been far faster and more stable, the overall architectural look and feel of the region has greatly changed compared to other places in North America, and so we’re taking time to examine some of our assets and make tweaks and adjustments to ensure they better fit in with the look and feel of the rest of the game. Beyond architecture, these issues also extend to a number of our environmental props, which have also been seeing a pass to audit them and remove or mark for replacement those whose presence don’t fit properly with the rest of the game.

Alongside these efforts from our 3d and 2d artists, our level design team has also been working on fixing some of the deficiencies of our environment design. Due to the rate at which parts of Dead Matter’s world were developed, and owing to the issues we’ve previously discussed with how our team was organized during a period of rapid growth, some of the decisions made in regards to world planning and environment layout were far less than ideal. While we’ve been taking this time to re-examine some of our assets, we’ve also been addressing this with our work on the world of Dead Matter. Things such as heavily spread out residential areas aren’t really a big thing in Alberta due to how residential development has been planned in the area, with suburban areas being tightly packed and tucked up alongside commercial centers. Some of our team members, being from other parts of the continent lacked this context, and so our world ended up taking on these characteristics that are more a feature of more eastern areas in the United States and Canada. As we’re moving forwards with this world revamp, we’ve been taking the time to properly convey the look and feel of areas more endemic to South-Eastern Alberta, and also taking advantage of these areas to create environments that flow better and provide a more satisfying gameplay/exploration loop. Once the code team has finalized their work on getting the project back up and running, and to a state of feature-parity with Dead Matter as it existed in the previous patch, we’ll be able to finally give a look at what this means for how the game world actually looks and plays - stay tuned for that.

WHAT’S THE DEAL WITH THE LACK OF SCREENSHOTS?

As many in our community have noticed, these last few updates have been light on screenshots of what these bigger changes to the game look like. The decision to avoid presenting screenshots of the game currently was a very deliberate one we came to after a significant amount of internal discussion, and we wanted to speak with our community about why we made this choice.

Prior to the launch of the CA, and even afterwards, we provided tons of screenshots of WIP content and features to show our community in a more visual format what it is we’d been working on. While this was helpful for some users, this ended up having a very negative impact on what people expected when they got in-game. Often these images or videos were created in a testing environment for ease of documentation, and showed the content in question in a prototype or work-in-progress state. While our intention with this content was to provide an early look at the content we had been working on, often it ended up confusing or misleading people as to how this content would function in the finished game. This wasn’t our intention in the slightest, but often the impact of an action is far more important than intent behind it.

With that being the case, as we work on 0.7.0, we will not be providing content previews of this kind. Instead of providing WIP content shots made in testing environments, we’d rather focus on providing our community with content shot in the worldspace we’re building for 0.7.0. With that being the case, until the feature lock on our codebase is lifted and Dead Matter is once again a functional game, we will not be creating content of this kind. We very much have no desire to confuse or unintentionally mislead our community as we had previously, and this is the surest way to prevent this from happening ever again.

We understand that some folks may take issue with this decision, and wonder what this means in regards to our attempts to maintain a better level of transparency with our community. Ultimately, while in the short term we understand that this may feel as if we’re keeping information from you, ultimately we feel that this approach will mean that any content we showcase to everybody will be far closer to what our backers will get their hands on for 0.7.0, and prevent any of the negative feelings that have arisen from previous looks at content we’ve provided.

That’s all for this week, folks. Again, we apologize for the delay in getting this update out to y’all, and appreciate your patience. We’re soon going to be reaching a point where we’ll be able to show the first looks of Dead Matter Closed Alpha 0.7.0, and that’s extremely exciting for our entire team. In the meantime, we appreciate everybody’s continued support, and can’t wait to be back next week to talk about what we have on the go this week.